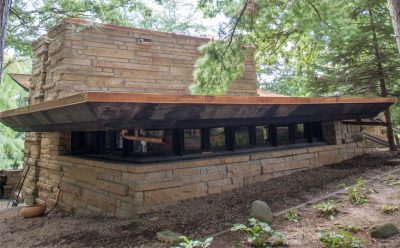 This original Frank Lloyd Wright Estate, was built in 1957 on 20 acres outside of Stillwater, Minnesota. The original design included four structures on the property but only two were built; the Studio and the Cottage. The original owner, Virginia Lovness, built and laid the stone on the two chimneys. The chimneys were a combination of Kasota Limestone mixed with wood. The original stone was set with the bedding planes the wrong way which caused extreme deterioration. The mortar joints on both structures were installed to give the appearance of the original recessed joint but will not hold water. Our craftsmen had the privilege of working off Wright’s original blue prints for the house. 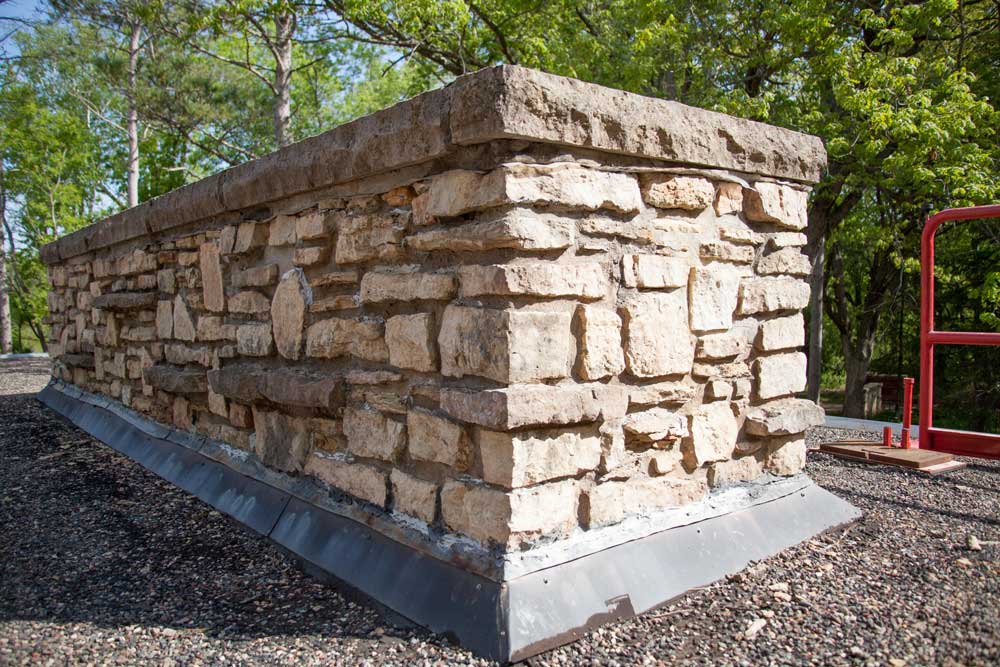 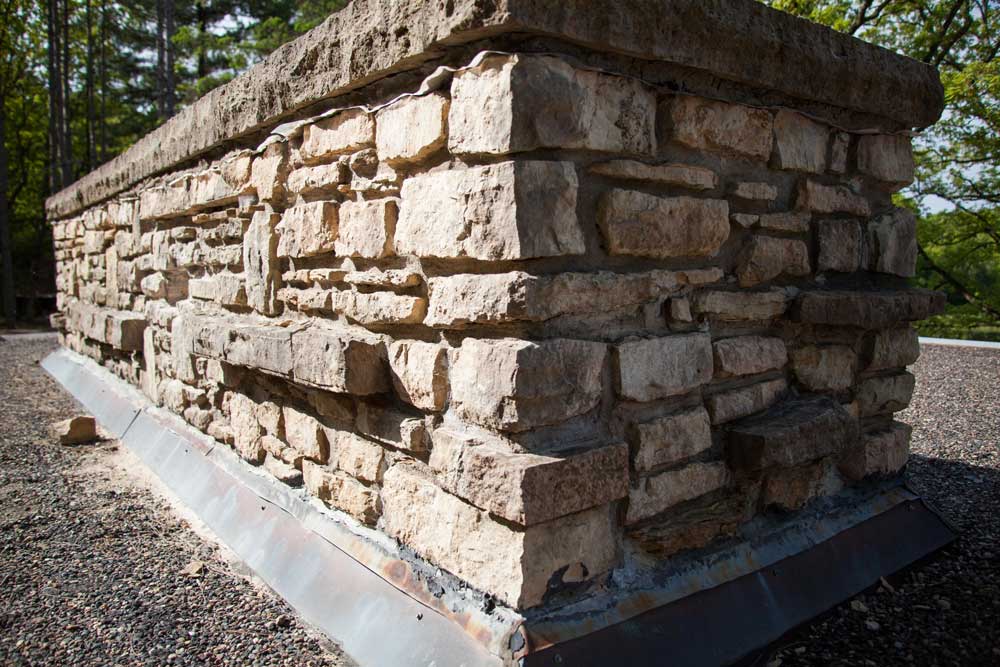 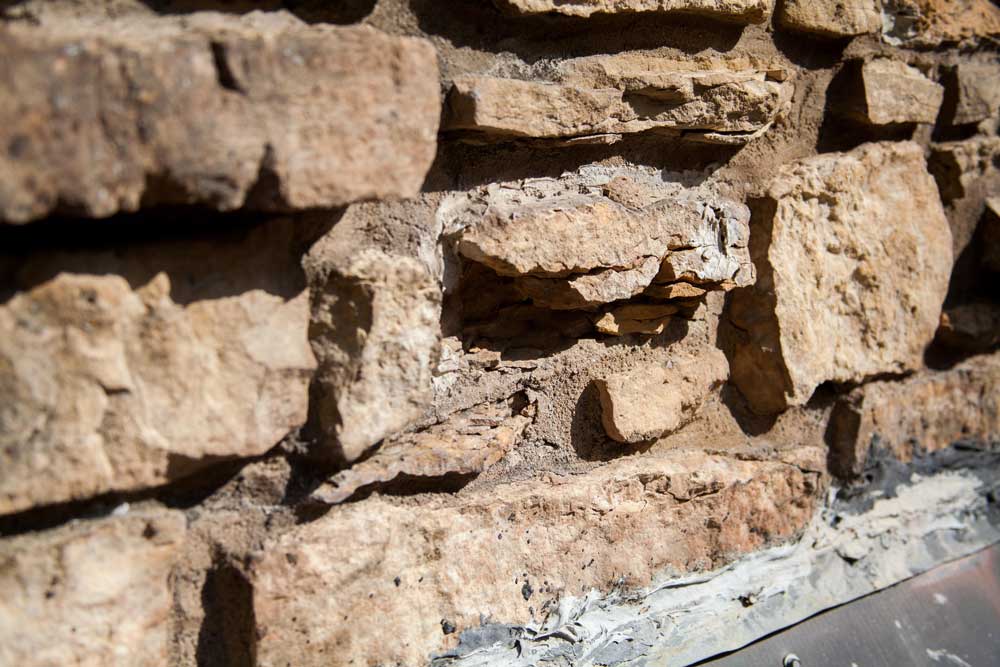 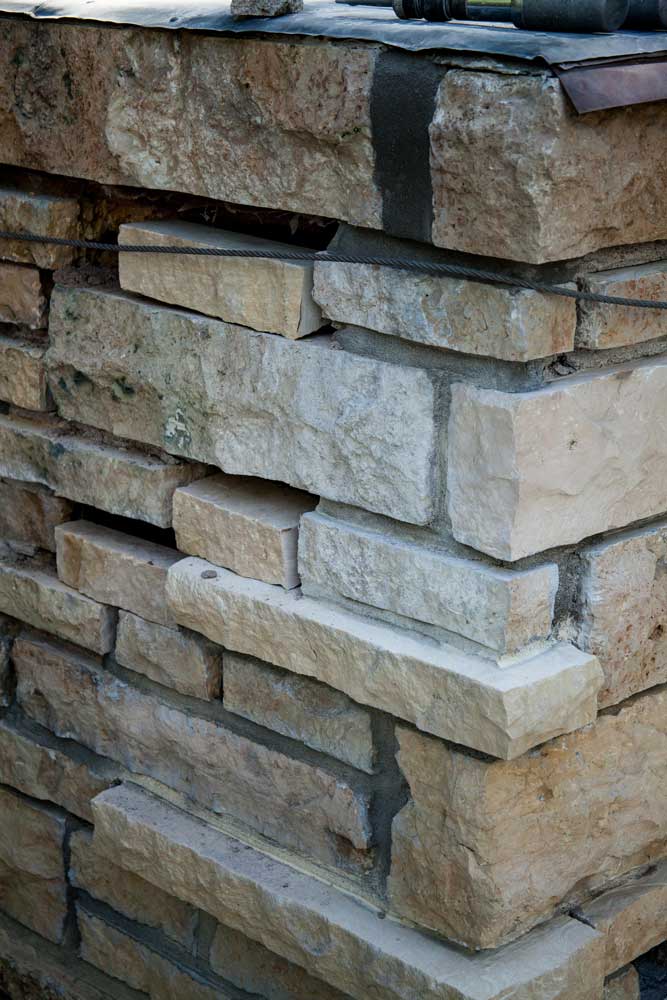 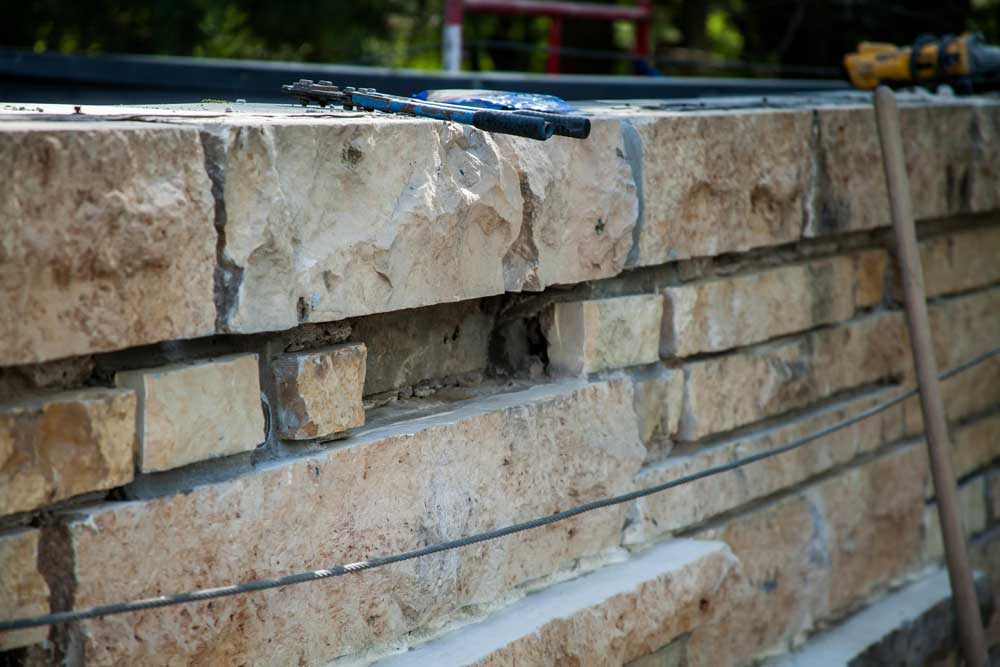 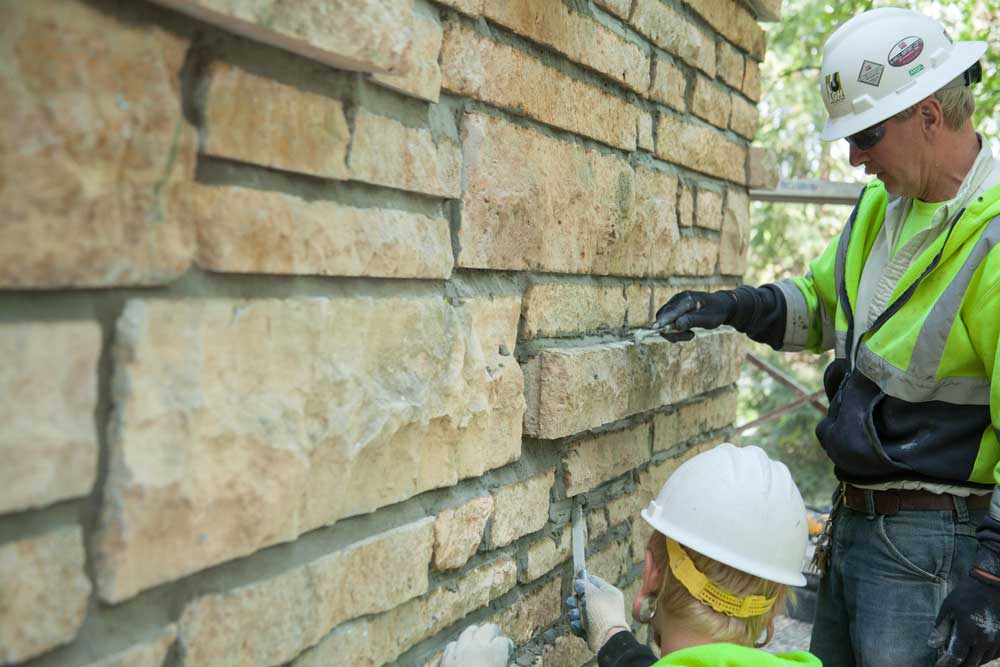 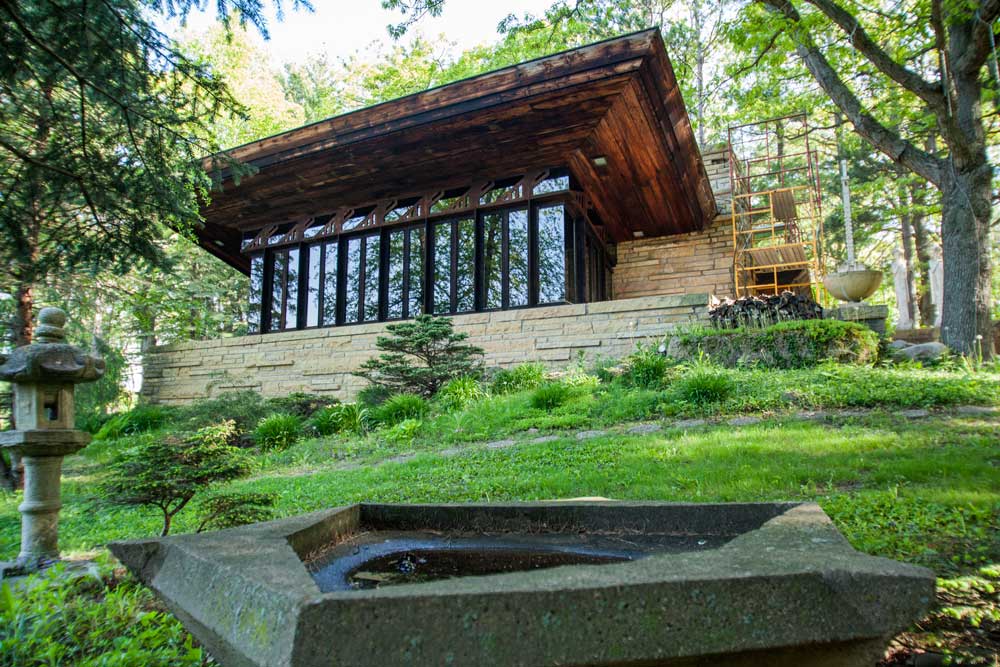