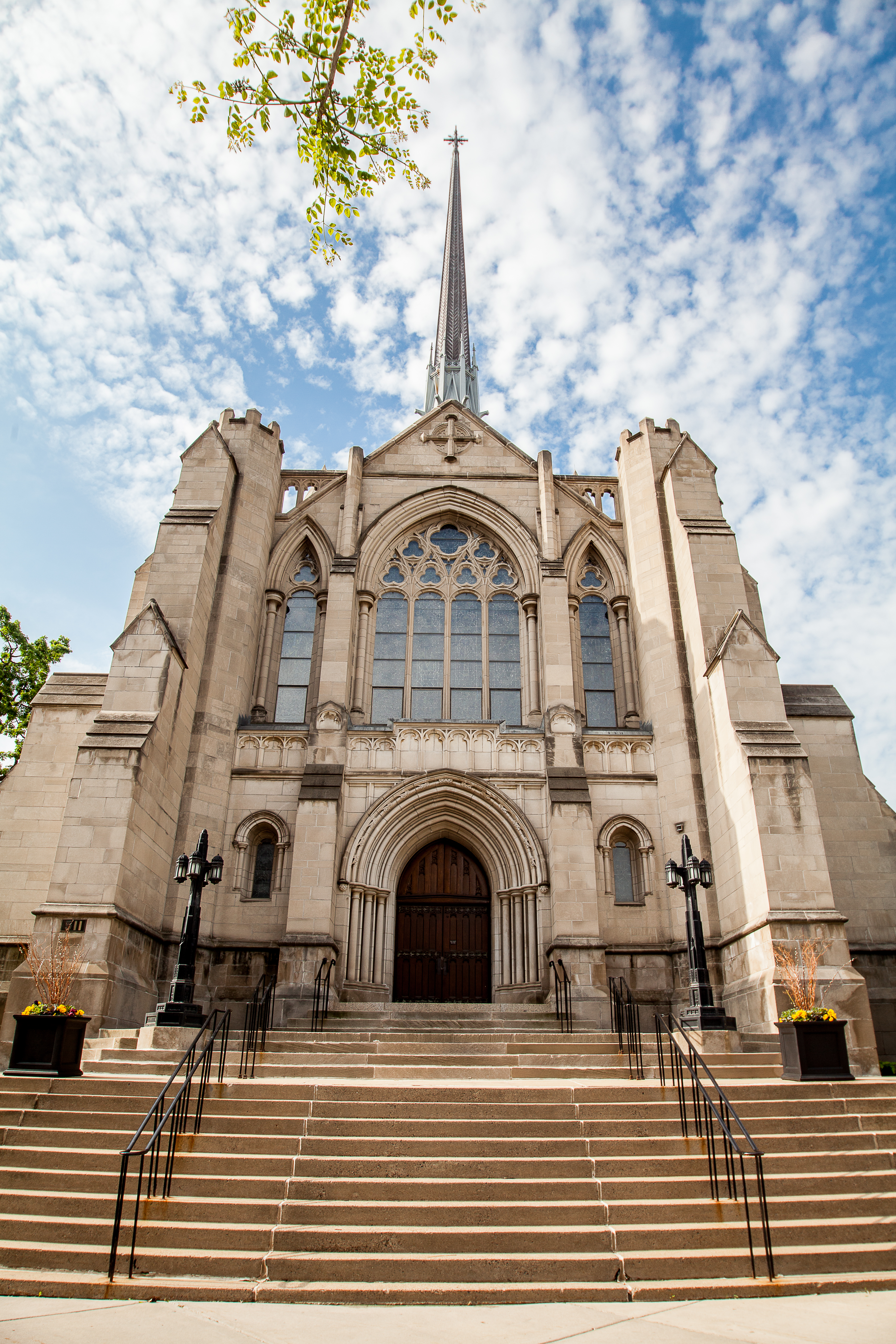 AMR was contracted in 2017 to do 100% tuckpoint the stone, clean the stone with a mild water wash,  repair spalled stone where the stone anchors had rusted and caused spalls, and recaulk the windows where metal touched the stone.  The contract also consisted of installing lead T joint covers in all of the capstone and sky facing joints, and replacing individual stone.

Due to unforseen conditions, the scope of work changed quickly as the project progressed. The team encountered water intrusion and found that stone anchors had completely rusted off the building. When the crew approached the North side of the building, they discovered that the stone tracery was cracked and severly damaged. AMR determined that in order to preserve the facade, the stone were digitally scanned and then carved with a CNC machine to replace the old tracery.

Despite these challenges, AMR worked diligently with the suppliers and the General Contractor, and was able to successfully complete the project in fall of 2018. 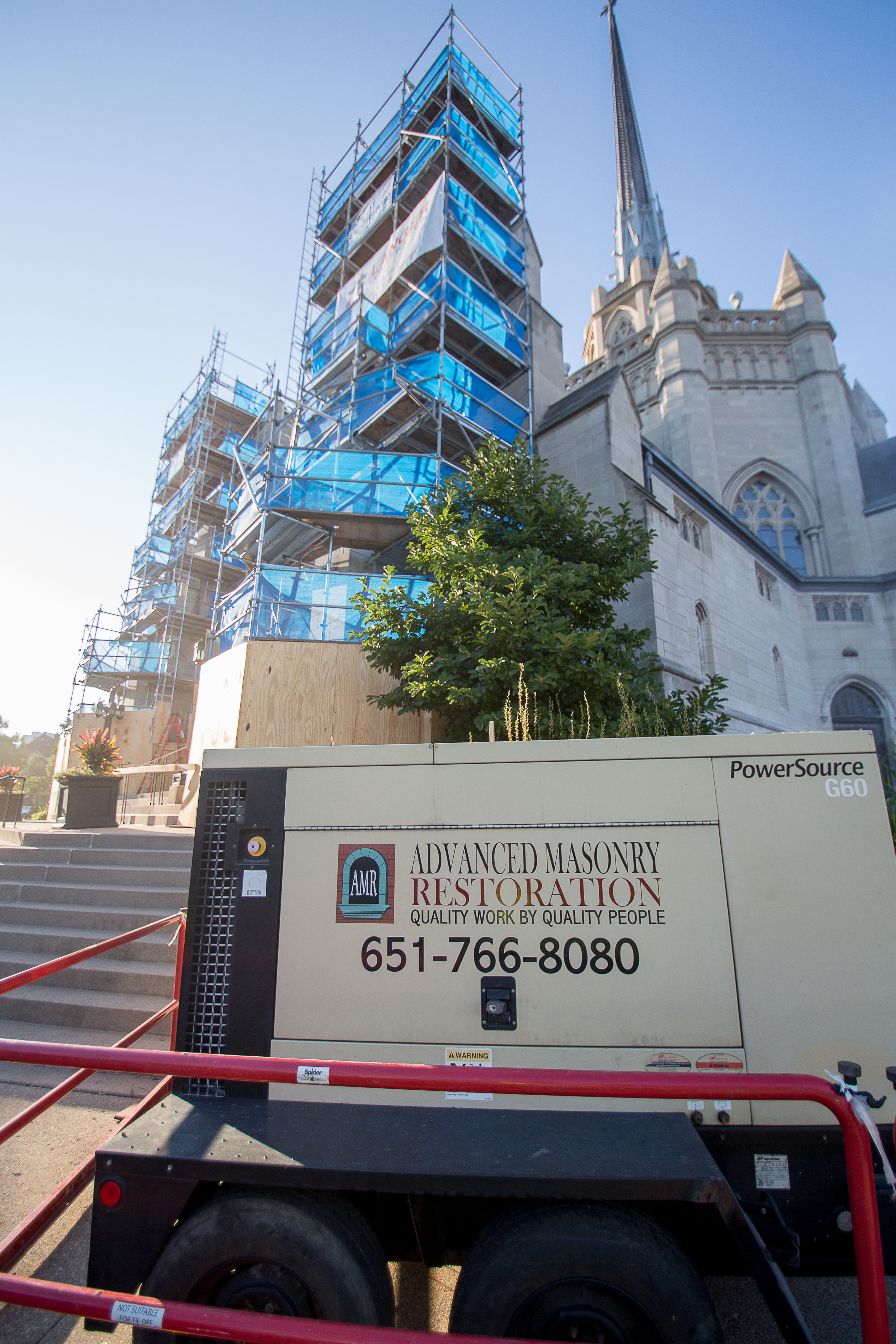 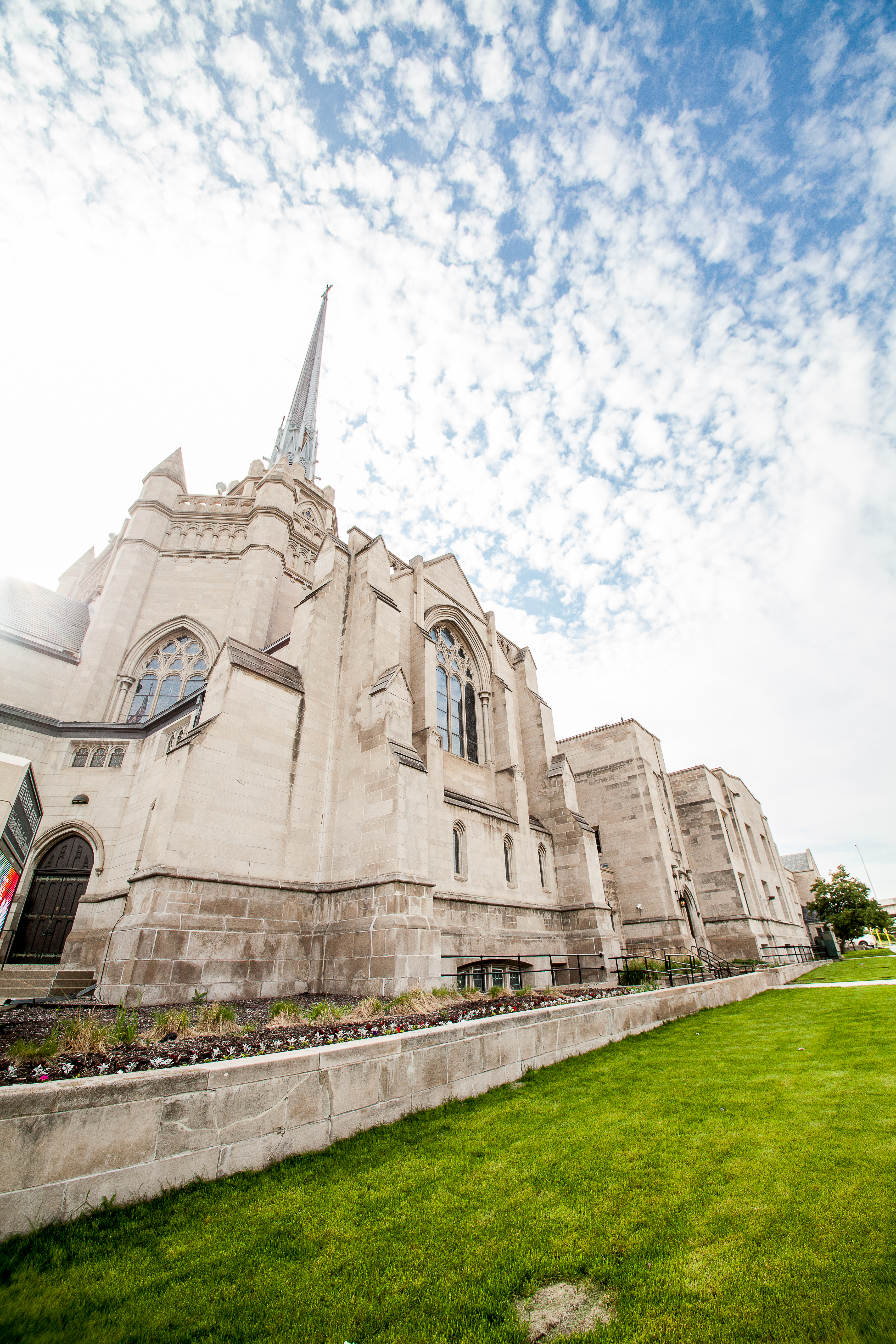 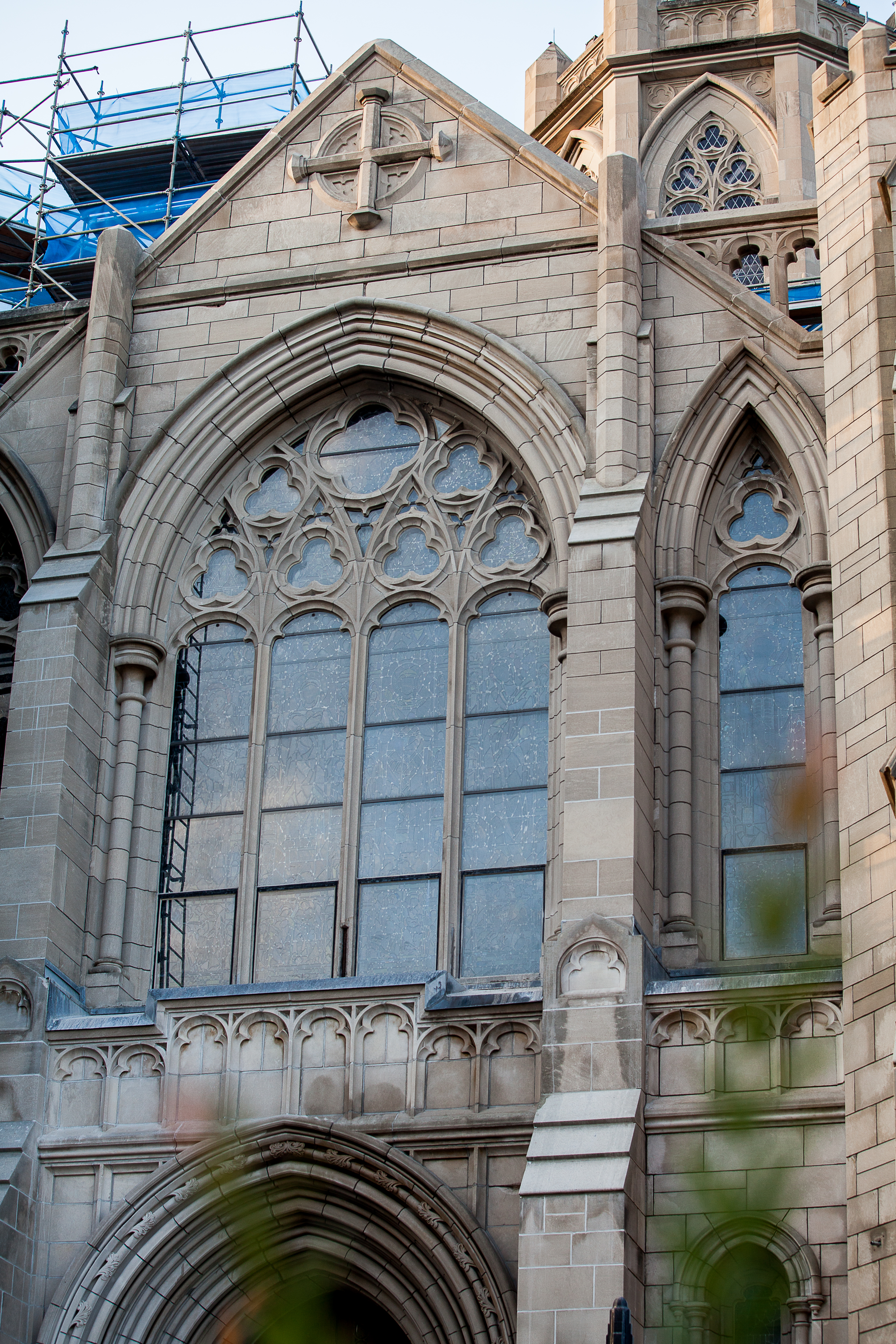 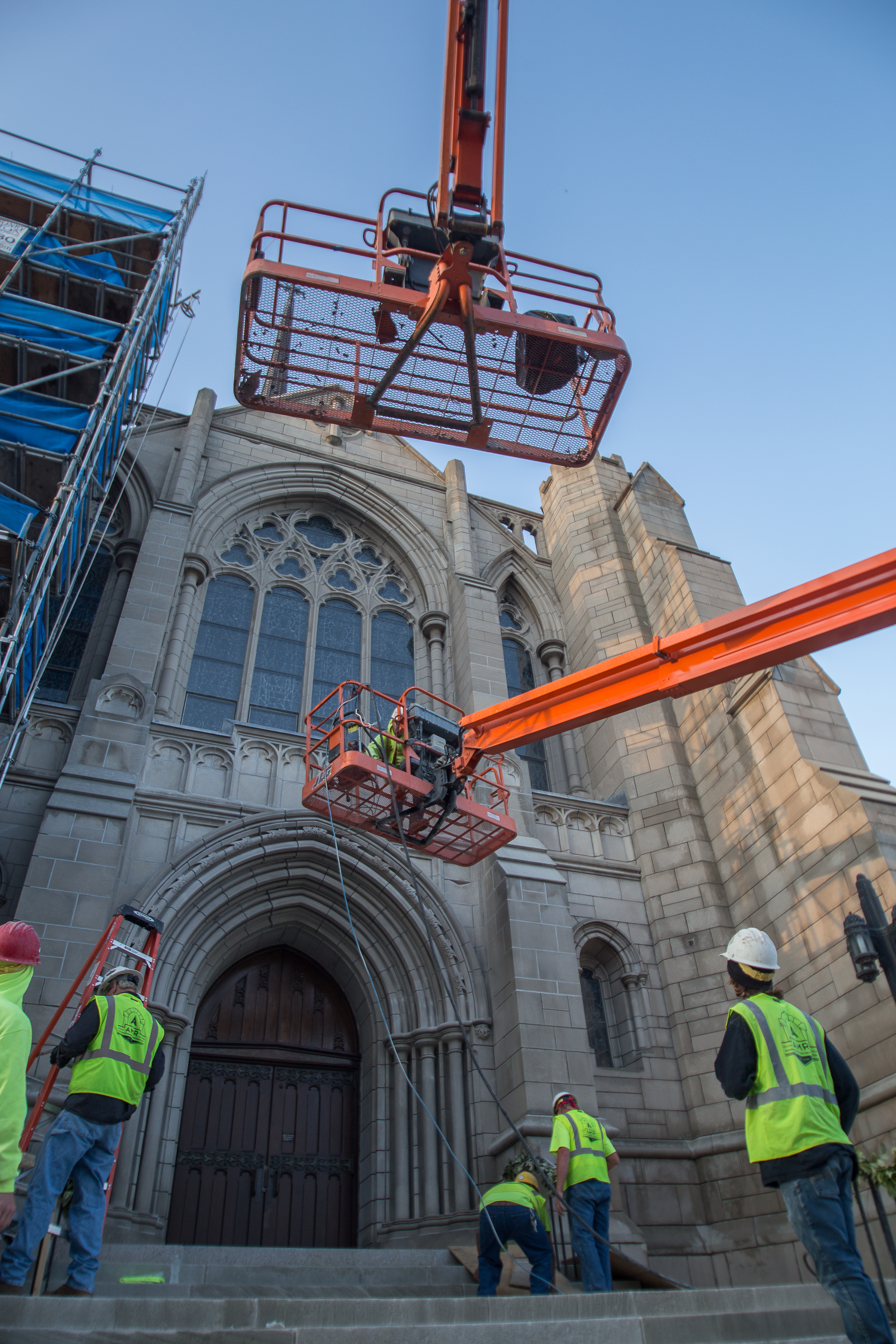 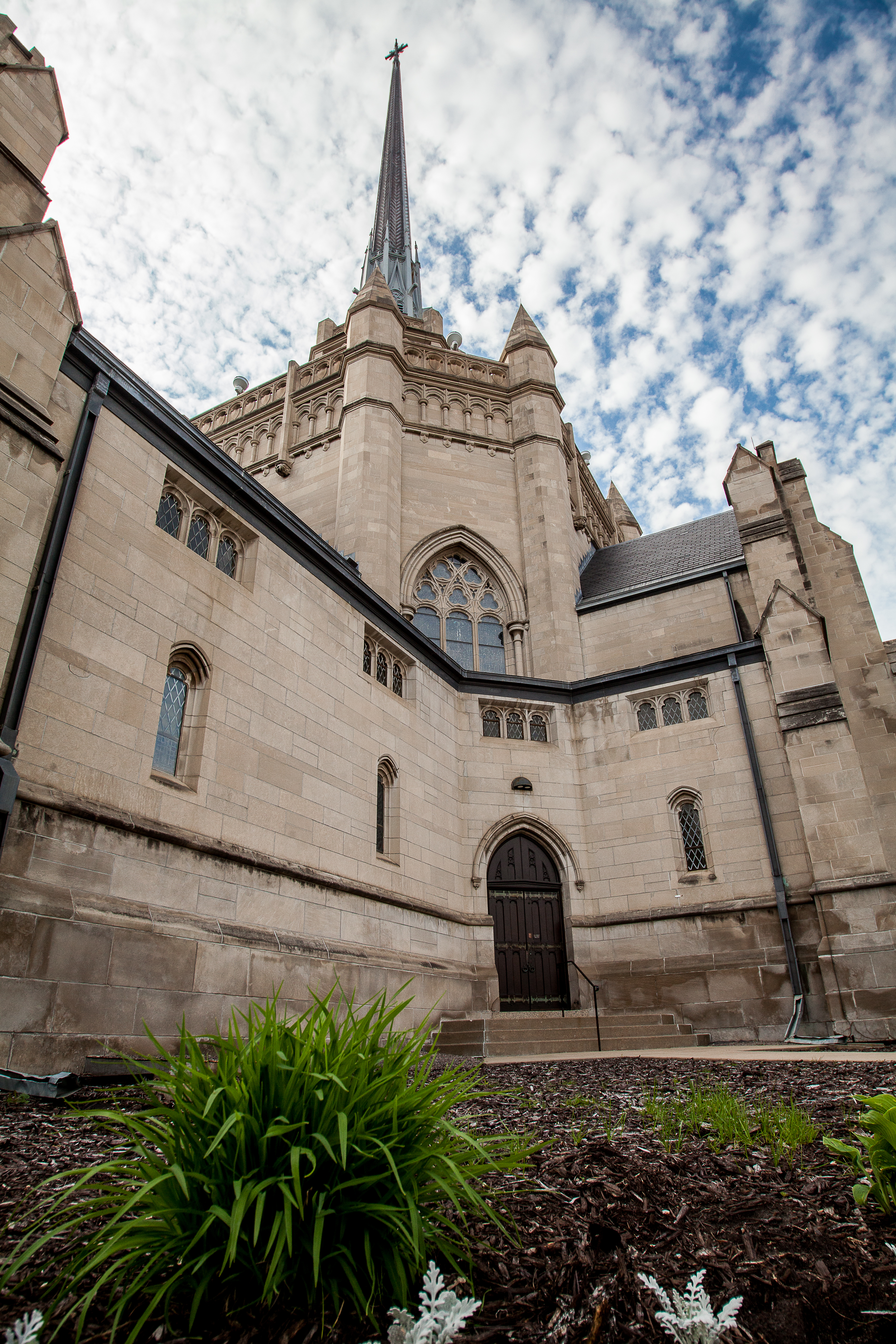 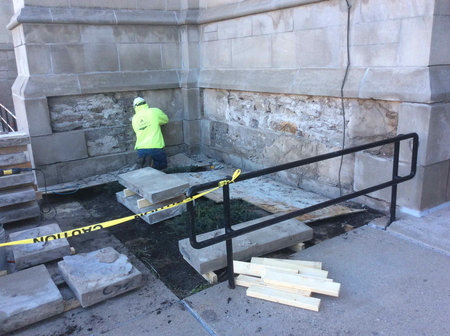 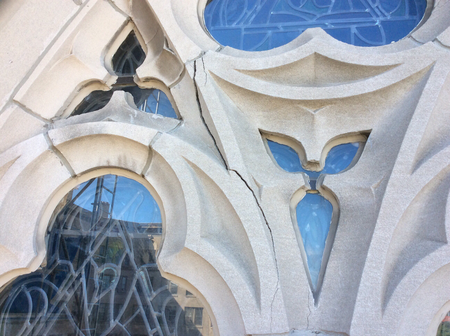